The Rock Island Swing Bridge was a swing bridge that spanned the Mississippi River between Inver Grove Heights, Minnesota and St. Paul Park, Minnesota. It was also known as the Newport Rail Bridge, as it had a spur to Newport, Minnesota, and J.A.R. bridge. after previous owners Joan and Al Roman of Chicago. It was one of the few double-decker bridges on the Mississippi, with the top level formerly used for railroad traffic and the bottom level formerly used as a road crossing. It also was one of a few toll bridges in Minnesota, and one of the last remaining ones. It closed to rail traffic in 1980, and road traffic in 1999, when the toll was 75 cents. After closing, the bridge sat dormant in the open position for 10 years before being partially demolished in 2009. It was converted into a recreational pier which opened to the public on June 11, 2011.

Built in 1894, the Rock Island Swing Bridge was designed for the South St. Paul Beltline Railroad as a double-deck structure carrying railroad traffic on the upper level and vehicle traffic on the lower as it crossed the Mississippi River. From west to east, the 1,661 foot long structure consisted of numerous short steel and timber trestle spans, five 140 foot long steel overhead trusses, a 442 foot long high steel swing span on a massive stone pier, and eleven spans of a two-girder and floor beam system with varying lengths of 30 to 40 feet.

The Rock Island Railroad closed the bridge in 1982 and, renamed as the “J.A.R Bridge”, it began operation as a privately owned toll facility. In August 1999, the Minnesota Department of Transportation closed the bridge due to its deteriorating condition.

The United States Coast Guard deemed the abandon bridge an obstruction to navigation, and in April of 2001, issued a removal order for the entire bridge. The bridge had fallen into tax forfeiture in August of 2003, resulting in the State of Minnesota inheriting ownership and the Counties of Dakota and Washington assuming responsibility for the overall bridge liability and maintenance. In the fall of 2008 an east portion of the bridge collapsed prompting Washington and Dakota Counties to begin demolishing the structure. Driven by the local interest to save a portion of the bridge, in March 2009, Governor Tim Pawlenty signed a moratorium on any further demolition of the structure which saved two spans that were in better condition and several stone piers.

Without an owner, the bridge seemed as though it would lose its battle and be completely demolished. In April 2009, the City of Inver Grove Heights successfully received a $1,300,000 federal grant to help pay for the reuse of the bridge along with $150,000 from Dakota County, and $100,000 from the Minnesota Historical Society to turn it into a recreational pier. The Preservation Alliance of Minnesota placed the bridge on their 2009 list of 10 Most Endangered Historic Places. With the City on board and important funding partnerships in place, the bridge finally had an advocate and someone that
would help turn it into a 670 foot pier that would provide a destination point along the Mississippi River Regional Trail between St. Paul and Hastings.

The City worked feverishly between May 26th and November 13th with it’s engineer, Short Elliott Hendrickson Inc., to wade through all of the necessary red tape, permits, and approvals. With approvals in place, contracts were let and Lametti & Sons Inc. was hired to rehabilitate the bridge to a useable pedestrian pier that would offer spectacular views of the Mississippi River.

On November 4, 2010 as the project neared completion, an accidental fire destroyed two decks of the original structure which proved to be only another minor setback in the life of this historic bridge. The damage to the structure was repaired and the new bridge opened to the public on June 8, 2011. The City of Inver Grove Heights developed this $2,300,000 project to provide visitors with an opportunity to access the Mississippi River. The City anticipates that this bridge will draw visitors to the area and help with the City’s efforts to revitalize the Concord Blvd neighborhood.

The City and Dakota County have made significant investments in the public infrastructure through the County’s efforts to reconstruct Concord Blvd and the City’s efforts to turn tax forfeited contaminated property into safe public park space in developing Heritage Village Park.

The area is connected to the Great River Road and the Mississippi River Regional Trail within the National Park Service’s Mississippi National River Recreation Area. Visitors will have the opportunity to enjoy, shop, and explore the existing and future businesses. It is expected that through the City’s effort to redevelop the area, continued private investment will take place over the course of the next several years adding tax base and jobs within the community. 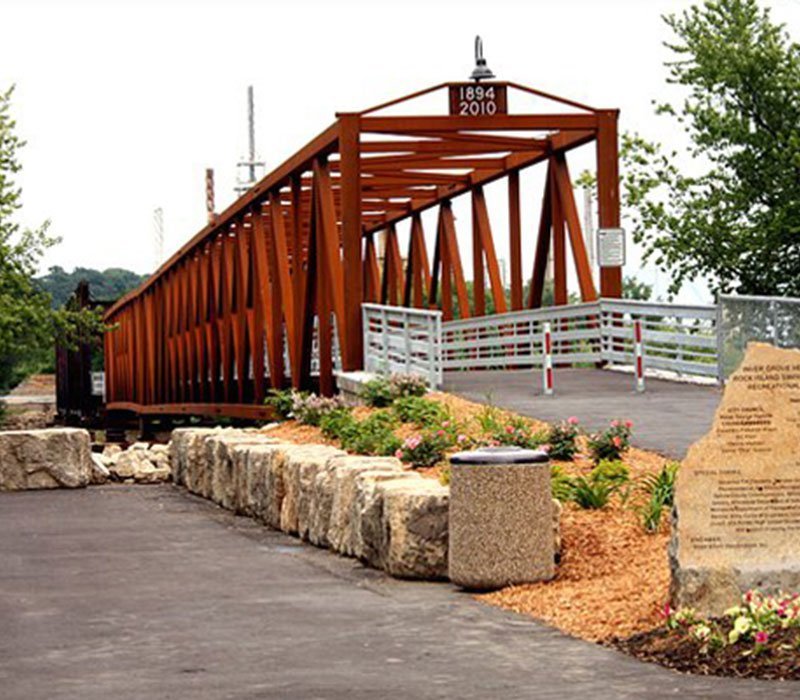 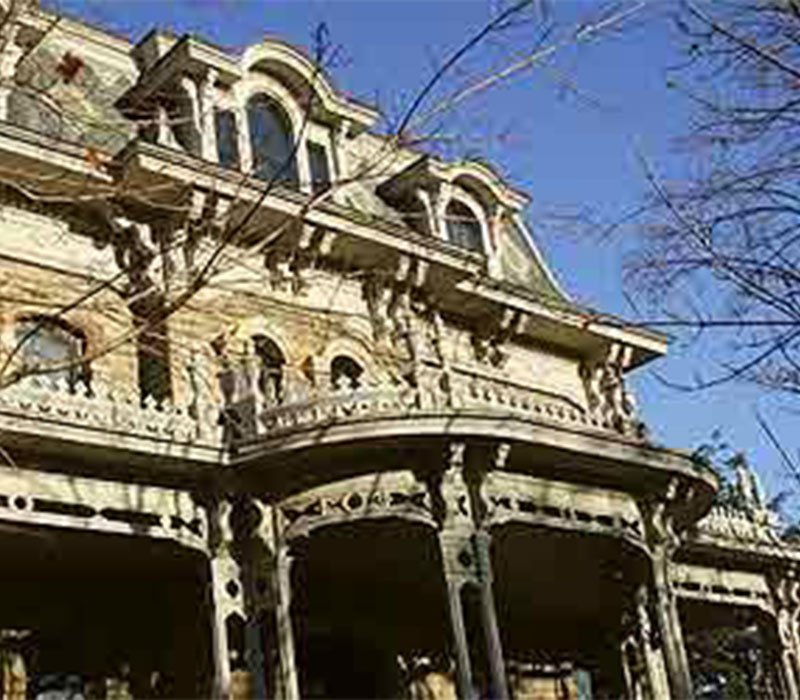 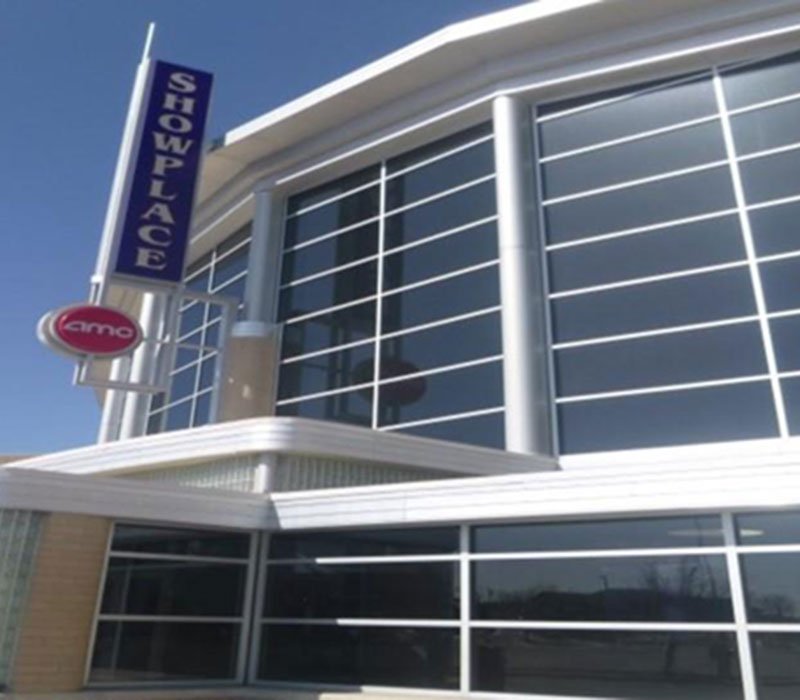 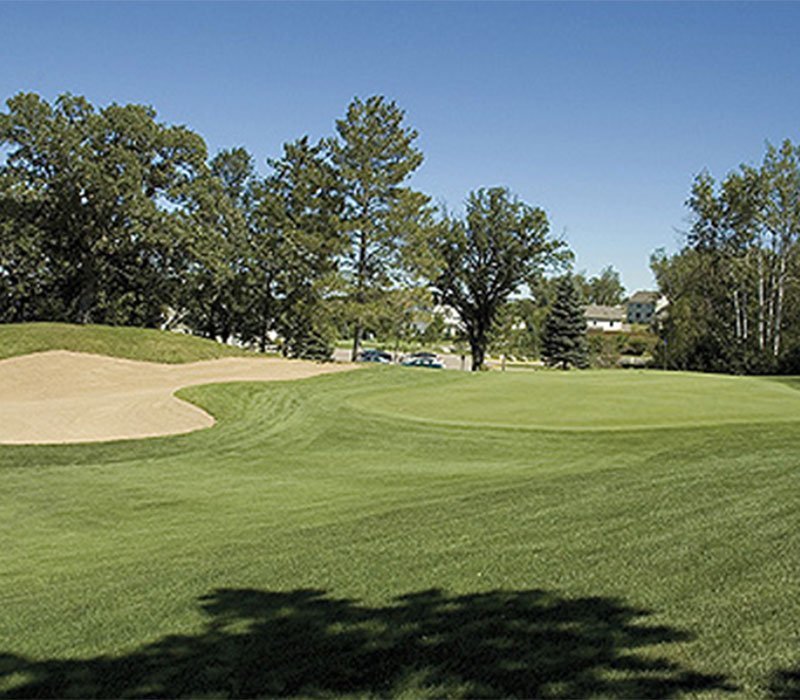 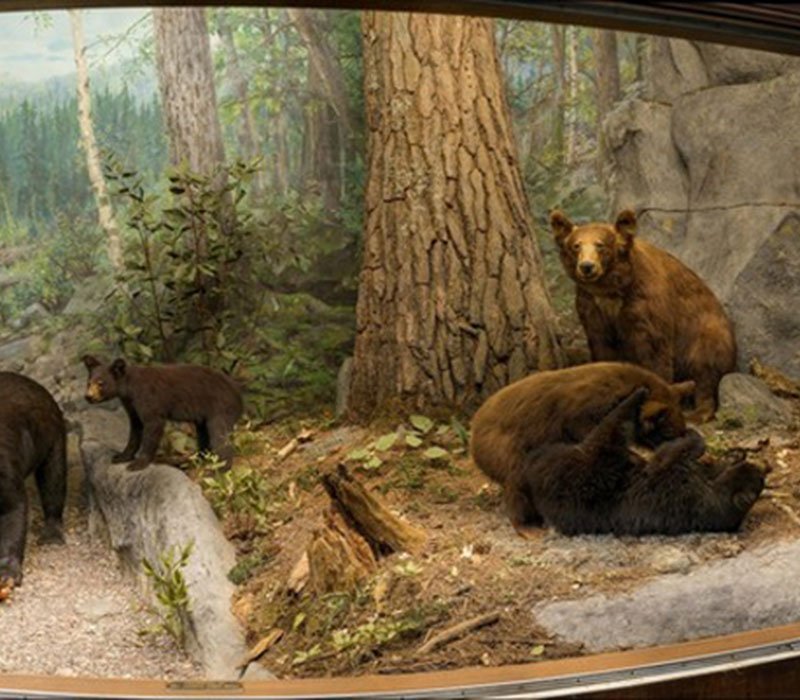 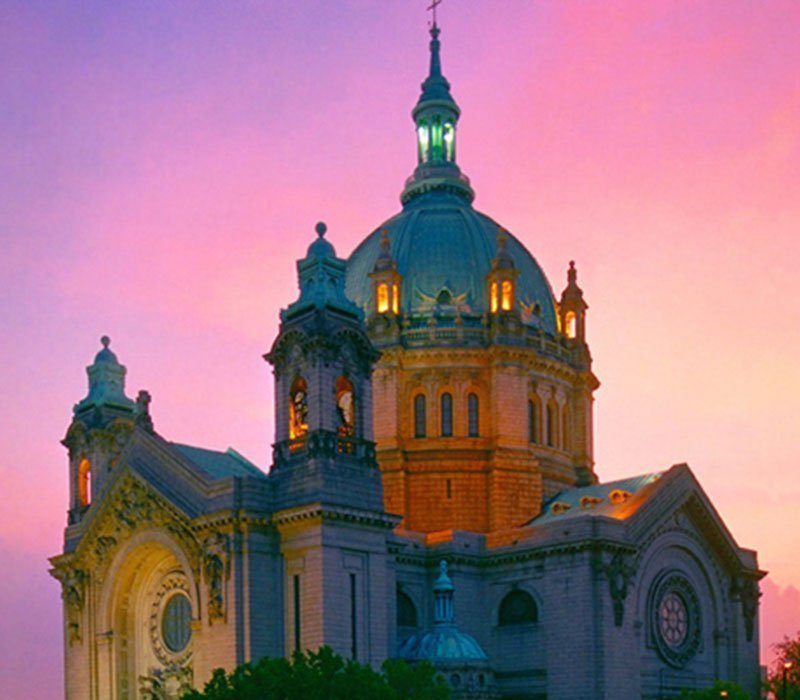 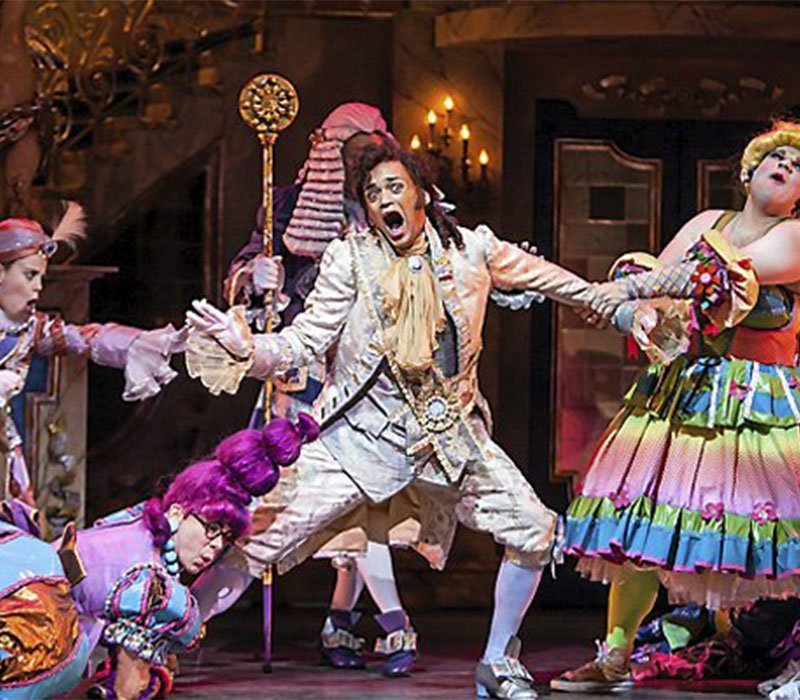 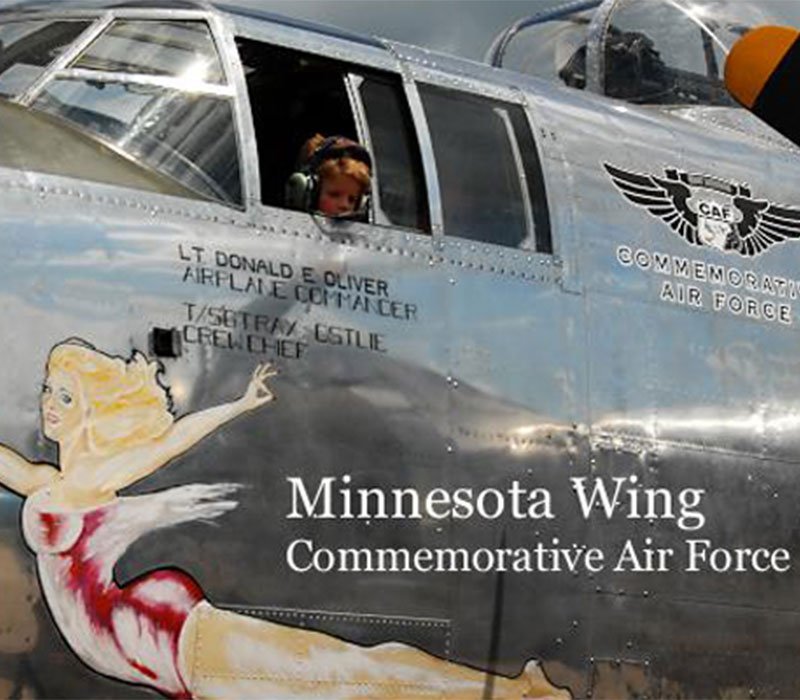 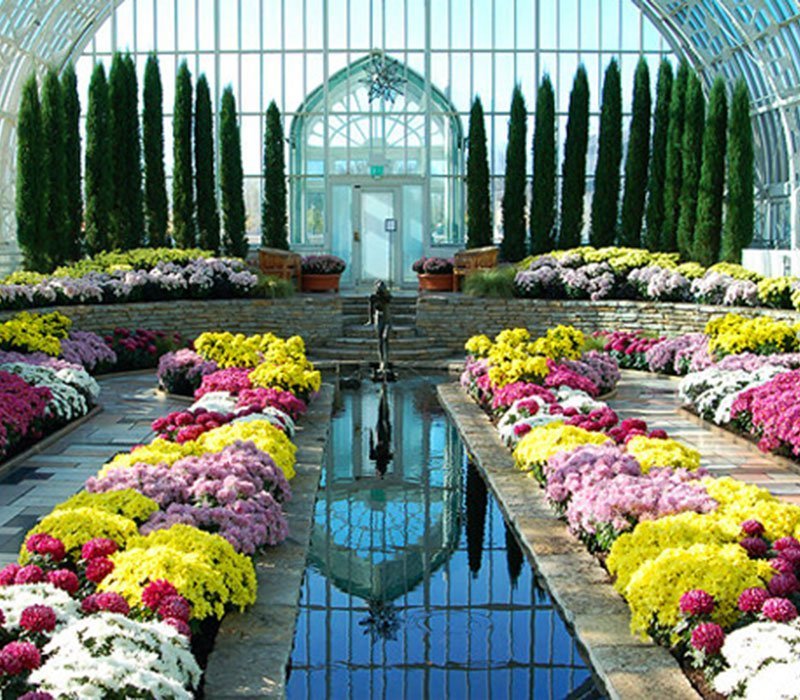 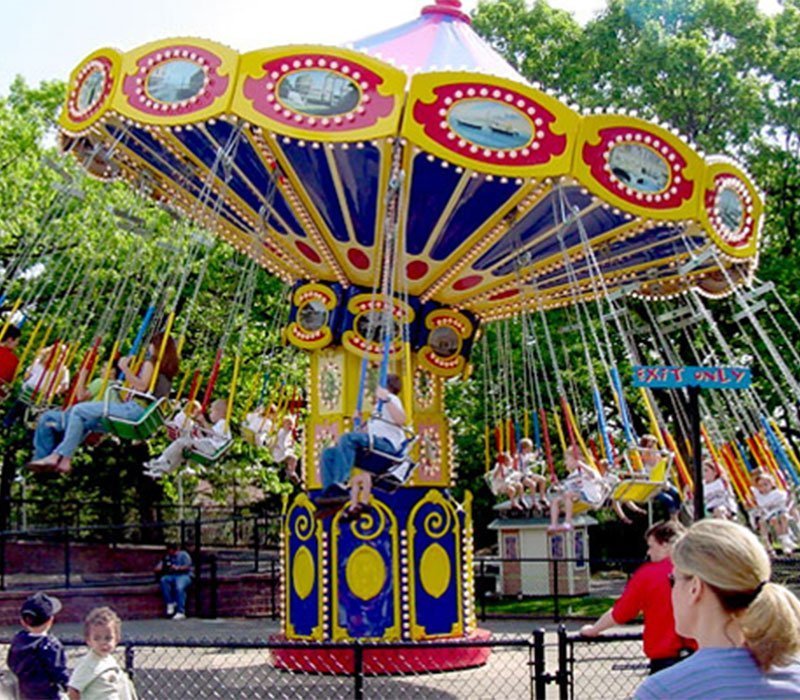