The Twin Cities have a thriving craft beer scene, with dozens of taprooms spanning St. Paul, Minneapolis, and the suburbs.  The challenge isn’t finding good beer—it’s deciding which one to try first!  From well-known destinations breweries like Summit and Surly to unique and under-the-radar spots beloved by locals, this guide to the Twin Cities’ top taprooms will help narrow down the options.

Beating the craft beer boom by a couple decades, Summit Brewing Company has been brewing their flagship Summit Extra Pale Ale since 1986.  A range of year-round, seasonal, and limited-release beers are available at the Ratskeller taproom.  Brewery tours are offered Thursday through Sunday, and the $5 admission includes an hour-long guided tour and a flight of four 7-oz. beers. 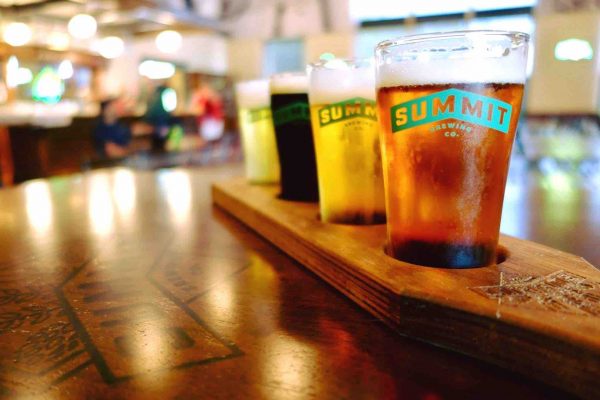 Located just outside downtown, Bad Weather Brewing Company specializes in “untethered and unpredictable” ales inspired by Minnesota’s ever-changing weather.  There are a couple of year-round taps, like the Hopcromancer IPA and Windvane IPA, but the focus is on the lineup of  seasonal beers.  Bad Weather also offers a couple housemade sodas on tap, and there’s a food truck from a rotating roster on site nearly every day.

Lowertown’s Barrel Theory Beer Company prides itself on the quality of their barrel-aged beers and the customer service at their taproom, which has a unique historic decor.  The frequently-changing tap list (the website is updated daily) features a range of styles, with IPAs well-represented. 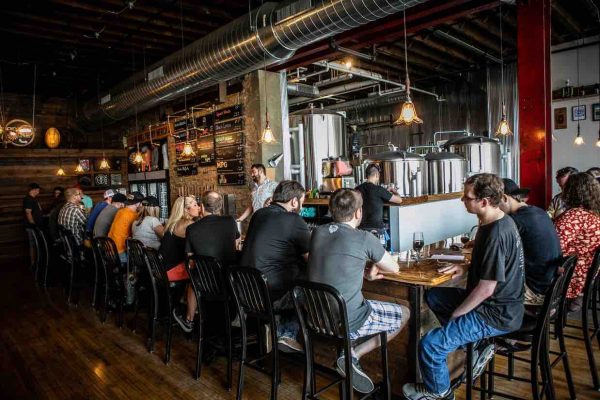 Just east of the Minneapolis border, Urban Growler Brewing Company is the first women-owned microbrewery in Minnesota.  Beers range from traditional ales and porters to the inventive “Plow to Pint” series that incorporates locally harvested produce.  An on-site kitchen serves a full menu of appetizers, sandwiches, burgers, and salads designed to pair with the taproom’s beers, with plenty of vegetarian, vegan, and gluten-free options.

Surly Brewing Co. is the Twin Cities’ most famous taproom—in fact, the 2011 law that allowed breweries to serve pints of beer on-site was nicknamed the “Surly Bill.”  Surly’s massive beer hall features 29 rotating taps and a food menu with everything from house-made sausages and smoked brisket to salads and seafood; there’s also a pizza restaurant upstairs.   Free tours are offered daily and include samples. 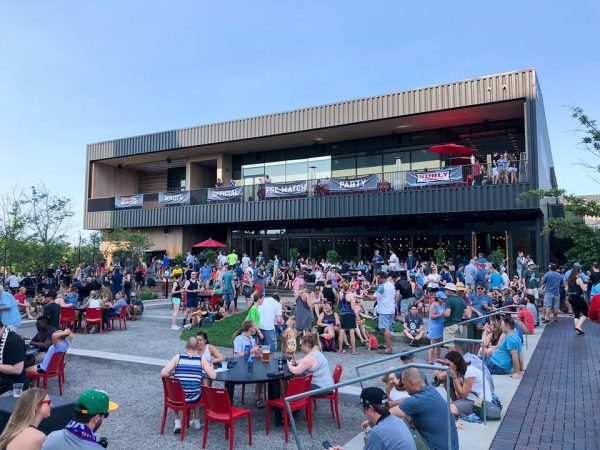 Modist Brewing Co. in the North Loop doesn’t limit their beers to traditional styles.  Instead, they start with a flavor profile in mind and work backwards to create what they describe as “alternative” beers like Supra Deluxe, an American Japanese-style lager, and First Call, a cold press coffee lager.  The Curious Goat food truck is permanently parked on-site and offers a locally sourced, seasonal menu.

A Northeast standby, Indeed Brewing Company offers an eclectic lineup of 16 different taps, including seasonal, specialty, and barrel-aged beers.  The taproom is open seven days a week, with food trucks on hand most nights.  Brewery tours are offered on Saturdays (online registration required), and the $3 ticket includes a 60-75 minute guided tour, sampling of five beers, and a commemorative glass.

With a laid-back taproom and wide-ranging selection, 56 Brewing is one of Northeast’s best kept secrets.  Ingredients are sourced locally whenever possible, and some of the hops used for the experimental brews are grown on-site. 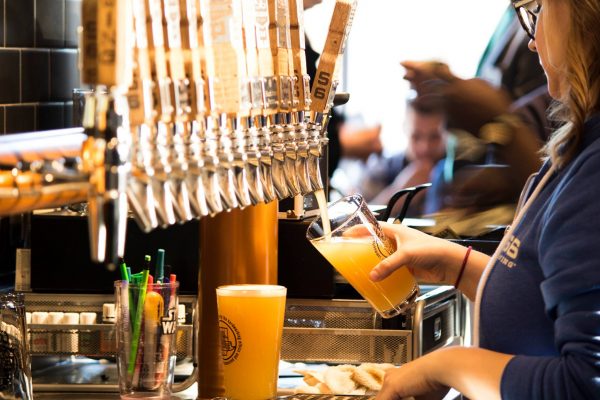 Eagan’s Bald Man Brewing is a neighborhood taproom in the suburbs, with a woodsy, rustic decor.  There’s also a rock and roll vibe, with occasional live music (check the online calendar for details) and beers like Heart of Glass “blondie ale” and Dark Side of the Moon porter. 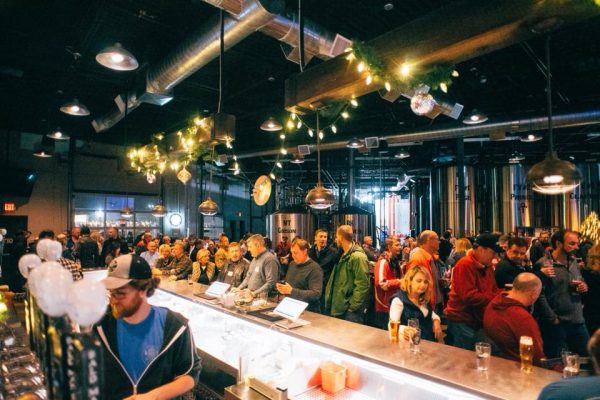 Bent Brewstillery in Roseville is the state’s first combined brewery and distillery, although due to state law only beer can be served on-site.  Bent Brewstillery prides itself on creating unique beers and high-quality spirits, and the taproom hosts quirky events like “Zubaz Saturdays”—wear a pair of the brightly printed pants and get $1 off pints and $2 off growler fills.

Although the international award-winning beers at St. Louis Park’s Steel Toe Brewing are considered among the best in the state, the brewery describes itself as “a small Minnesota craft brewery with big dreams of staying small.”  While there are some seasonals and special releases, the focus is on perfecting their flagship beers, like the Size 7 IPA and Provider ale.